According to an article by David Brand in the Cornell Chronicle, as Bill Nye was looking over instruments carried aboard NASA’s 2001 Mars Surveyor Lander, he noticed that the solar-panel calibration device for the lander’s Pancam panoramic camera — a small aluminum square with an upright post in the center of it — looked familiar; a possible sundial.

Leave it to Bill Nye “the Science Guy” to blend art with high-tech equipment. 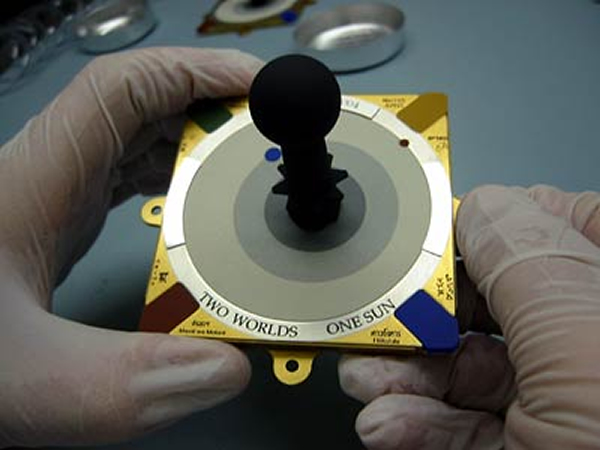 In 2000, Jet City Laser was specifically selected to laser engrave these items by the University of Washington as approved by NASA.  Jim Wright, the founder of Jet City Laser, personally engraved the face and sides of the Martian sundials launched on board the Mars rovers Spirit and Opportunity.

Each sundial is inscribed with the words “Two Worlds, One Sun” and “Mars” written in 17 languages, including Bengali, Inuktituk, Lingala, Malay-Indonesian, as well as ancient Sumerian and Mayan. 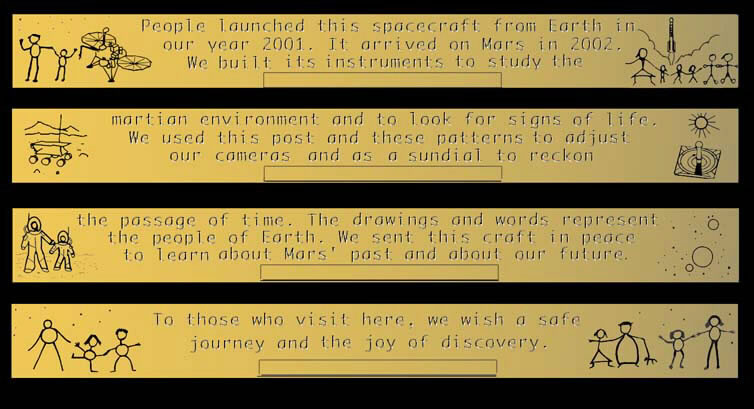 Four gold panels along the sides of the sundials are inscribed with stick-figure drawings of people, as well as a message to future Mars explorers.

This Martian sundial was used to calibrate Pancam, the panoramic camera on the rovers. 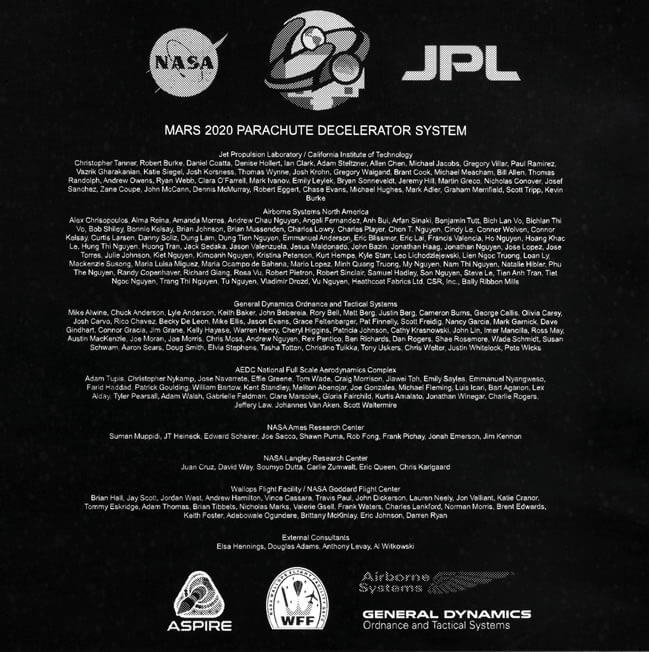 Laser engraved decal for the Mars rover launch in July 2020. This decal is for the parachute which was specially designed to help ensure the Mars rover has a gentle landing onto the surface of Mars. 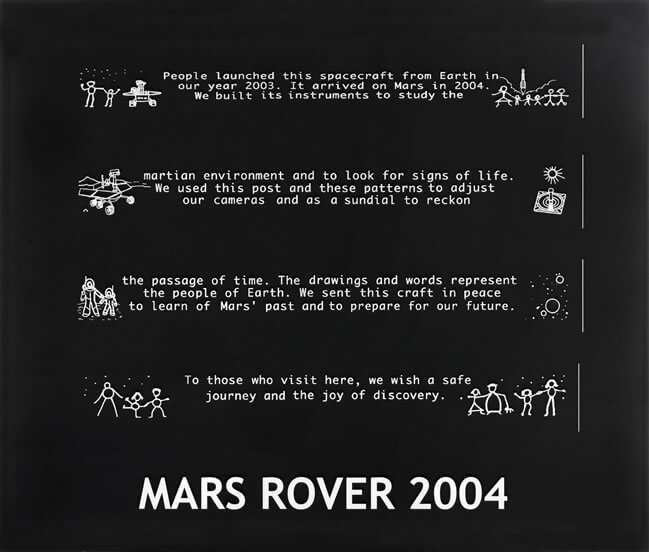 Jet City Laser is proud to have been a small part of this historic interplanetary history.  Future human Mars explorers will no doubt have an opportunity to witness the craftsmanship and pride of workmanship that went into the making of these sundials.

Contact us for more information about engraved nameplates for your project.